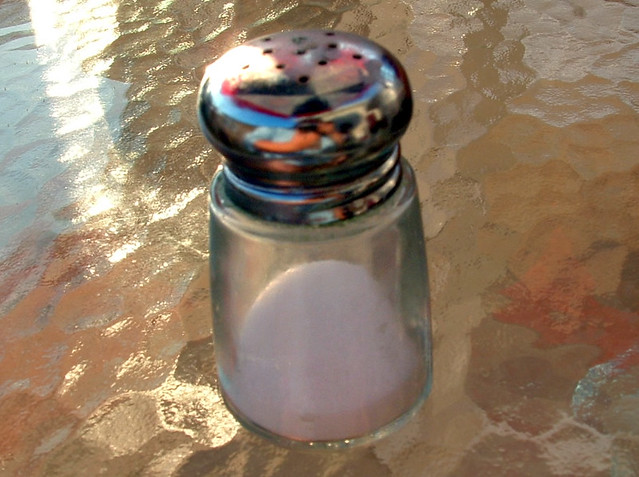 But the conversations I overhear every day gross me out.

A lot of this comes from overuse of one word: shit. People always talk about how their sports team “shit the bed,” or how work was a “shitshow” today.

The words we use bring a particular energy into our lives. Language reframes our reality. That’s why Republicans and Democrats use different vocabulary to describe the same thing: “illegal aliens” versus “undocumented immigrants,” for example.

If a topic is being debated, one word changes the flavor and texture of that debate.

If we talk about shit all day, why are we surprised when we feel shitty when the day is over?

A lot of the signs at the Women’s March said stuff like “Get the Trump government out of my fucking twat” and “My menstrual blood will rain down upon you, President Douchebag.” (Can you tell which one of those I made up?)*

Many of those signs were funny, and they did help blow off steam. But their tone alienated many moderate and conservative women who might otherwise have been sympathetic to the marchers’ cause.

The general public conversation has taken a turn for the graphic. We’ve come a long way from when Lenny Bruce was arrested for his stand-up. He’d barely be rated PG-13 today.

It’s terrific that comedians like Nikki Glaser and Amy Schumer can be frank about sexuality, bodily functions, whatever. But as with anything, “strong language” weakens when it’s overused.

Obscenity can be deployed for humor, for shock value, for emphasis. None of those work when it’s utterly routine.

We can still speak our minds while speaking carefully.

When she was in 6th grade, my friend Calista’s teacher pulled her aside to ask her to swear less. “Why?” Calista demanded, chip on her shoulder.

“When you swear, it hides your intelligence,” her teacher explained.

Calista still remembered this moment 20+ years later. It was a powerful message: Anything that hides our smarts is a hindrance.

Guys, let’s put the “gentle” back in gentleman. You don’t have to be super-saintly in your discourse, like my friend Joe, who often drops H-bombs (that’s for “heck,” of course).

But listen to yourself. See if you’re repeating the same phrases over and over. If so, are those your words, or someone else’s?

And are they saying what you really mean?

Women, when you hear yourself being salty, ask yourself if that’s the flavor you’re going for. Maybe it is. In that case, great!

But as in cooking, when language is oversalted, it gets unappetizing. And can raise blood pressure.

Join me in this experiment. For a day, or a week, talk as if your grandma or grandpa were listening in on your every word. If you start to get crass or obscene without purpose, find other, more creative ways to express your ideas.

Let’s elevate our language above the run-of-the-mill shit.

* The second sign’s wording is my own invention.

Photo by Araceli Arroyo, via Creative Commons on Flickr.

2 thoughts on “In Praise of Low-Salt Language”